Since 1989, Rebecca has been one of the Tampa Bay area’s leading business leaders with the founding of the construction management company, The A.D. Morgan Corporation. As a small business leader, with as many as 50 employees and $75 million in annual revenue, she has proven herself as a demonstrated trailblazer in a field with few women leaders. Rebecca is a class “A” certified general contractor and is a graduate of the University of Florida with a Bachelor’s Degree in Architecture, a Master of Science Degree in Building Construction, and is completing her Doctorate in Business. Since its founding nearly 30 years ago, A. D. Morgan has grossed more than $400 million in revenues.

With her year-over-year success, Rebecca has gained a reputation as a leader in business at both the local and national level. She is not only a recipient of the Ernst & Young Entrepreneur of the Year award for the State of Florida, but was honored to be selected to serve as a national judge five years running for the illustrious award. She’s appeared on the CBS This Morning to discuss female entrepreneurs in non-traditional fields and most recently featured with an Executive File in the Tampa Bay Business Journal.

She is equally committed to civic and community projects. When Florida was hit hard by the economic recession, thanks to conservative business practices, she was not only able to keep her staff employed, but allowed them to volunteer with non-profit organizations through the company’s Operation Carpe Diem program. She has also applied her passion for animals by donating services and dollars to the local Humane Society.

Rebecca has lived in Tampa for more than 30 years and as a long-time resident is uniquely qualified to take the District’s message to Tallahassee to ensure that our community remains vibrant for not only the immediate future, but for generations to come. 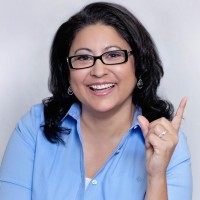