In 1992 to 1995, he started as a SunStar EMT full time while enrolled in the paramedic program at St. Pete College. Became a state licensed and nationally registered paramedic in 1993. Completed the Fire Academy at the Florida State Fire College in Ocala in 1994, and was hired as a Firefighter Paramedic by the East Lake Tarpon Special Fire Control District in 1995. Promoted to Lieutenant in 2001.

Promoted to Division Chief of EMS in 2008. Given additional management responsibilities for Operations and Training in 2009. Appointed as Fire Chief in 2011, and have served in that position to date. As Fire Chief, Tom is responsible for 40 full time personnel serving 33,000 people in a 33 square mile area in northeastern Pinellas County. East Lake has an annual budget of $6.67 Million for the current fiscal year.

Tom worked for St. Pete College as an Adjunct Instructor from 2000 until 2015 teaching EMS continuing education and performing recertification training and testing for all fire and EMS agencies in Pinellas county. He currently holds the following degrees, licenses and certifications: 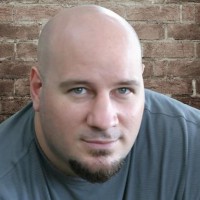